Salt has been used to flavour and preserve food for pretty much as long as humans have been on this earth. Before salt became readily available it was as valuable as gold and used as a form of currency. Salt is a mineral compound that is essential for life, it plays an important role in the digestive system, the respiratory system, nervous system and brain, and regulating our water intake. What's in salt that makes it so valuable? It is the sodium/ions that the salt possesses. So why do we hear and read a lot about reducing our daily intake and 'salt is bad for us'? Are we doing something wrong? Are we using the wrong salt? Why are we being told it's affecting our health when it's essential to the human body? It's time to do some investigating! 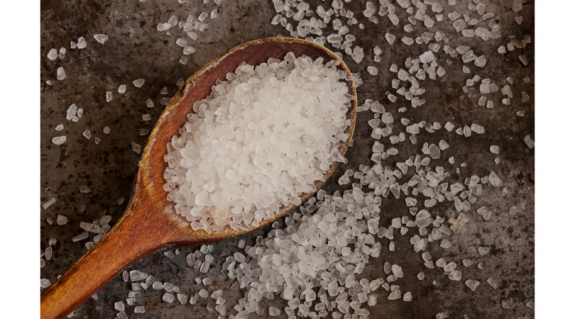 Salt is a crystalline mineral made of two elements, sodium and chloride. Sodium and chloride are absolutely essential for life. Most of the world's salt is harvested from salt mines or by evaporating salt water from the ocean and mineral-rich lakes. Salt is used for various purposes, the most common is adding flavour to foods. Salt is also used as a food preservative because bacteria have trouble growing in a salt-rich environment.

If our bodies use salt to maintain some of its essential functions, why the warnings? The most commonly used salt is plain old table salt. This salt is highly processed and refined and is commercially mined from salt deposits underground. Manufacturers strip the salt of the impurities and trace minerals to produce a whiter more uniform colour and grind it to a very fine texture. The problem with finely ground salt is that the grains can clump together and to prevent this, additives called, anti-caking agents are added to make the salt flow freely. Table salt is almost pure sodium chloride. 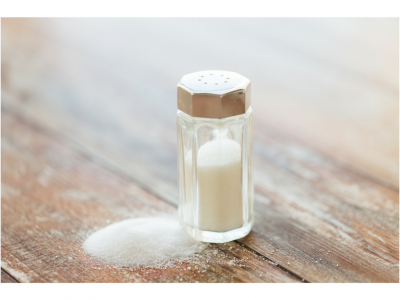 The majority of sodium in the Western diet comes from processed foods. If you are filling up on processed foods, then yes, you're very likely taking in way too much added salt every day (it's the cheaply processed table salt that's found in these foods). Our taste buds probably don't even register that the food is salty anymore. Excess sodium consumption is thought to cause high blood pressure, which can result in stroke and cardiovascular disease. Consequently, the warning about over consuming salt.

NOT ALL SALT IS CREATED EQUAL

Sea salt and Pink Himalayan salt, are natural salts that haven't been refined. These are the salts that you will find on the shelves of health food stores and used by gourmet chefs. Unrefined salt contains many trace minerals and electrolytes, including calcium, iodine, potassium, magnesium and iron. When your sodium levels are too high in relation to potassium, they can interfere with your bodies ability to properly keep blood pressure levels balanced. This isn't a concern with unrefined salt because it still contains potassium. In table salt, all the minerals except sodium and chloride are stripped away.

Our bodies don't naturally produce salt, so it's up to us to give it to our body but if you are like me, I want to purchase the best for my body. As I researched, different comments about sea and pink salts were coming to my attention. The miles Pink Himalayan salt travels (from Pakistan) to reach us, is leaving a big footprint on our planet, so purchase sea salt. Then I read comments that sea salt can contain trace amounts of heavy metals if it is harvested from a polluted sea. I know that refined table salt is out but more research from where my natural salt is coming from is needed.

SO WHAT SHOULD I CHOOSE?

The salt you choose should depend on it's taste, nutritional content, sustainability and production methods. I've come across a salt from the Dead Sea, and the flavour is awesome. How is Dead Sea salt different? It naturally contains selenium, a factor in removing toxic heavy metals from the body. Boron, which helps prevent osteoporosis. Chromium, which acts as a blood sugar level stabilizer. Copper, which helps us have healthy arteries. Potassium, that aids with regulating blood pressure.

The Dead Sea region where this salt is harvested, is the lowest place on earth and is characterized by extreme heat, dry, clean air and plenty of sunshine. This results in a unique salt that is enriched with 32 different minerals (21 of which are uniquely concentrated in higher levels than other salts). It's sold under the name '424 below sea level' here in Australia and I've found it at my local health food store.

Despite the negative talk about sodium, our bodies depend on it. You need to dump the refined table salt and replace it with natural unrefined salt. Consuming natural salt is an easy way to add more trace minerals to your diet, but be moderate in your use. Find out how and where the salt is harvested and it's nutritional content.